Announced in February 2021, this new panel pushes beauty and performance to new dimensions. 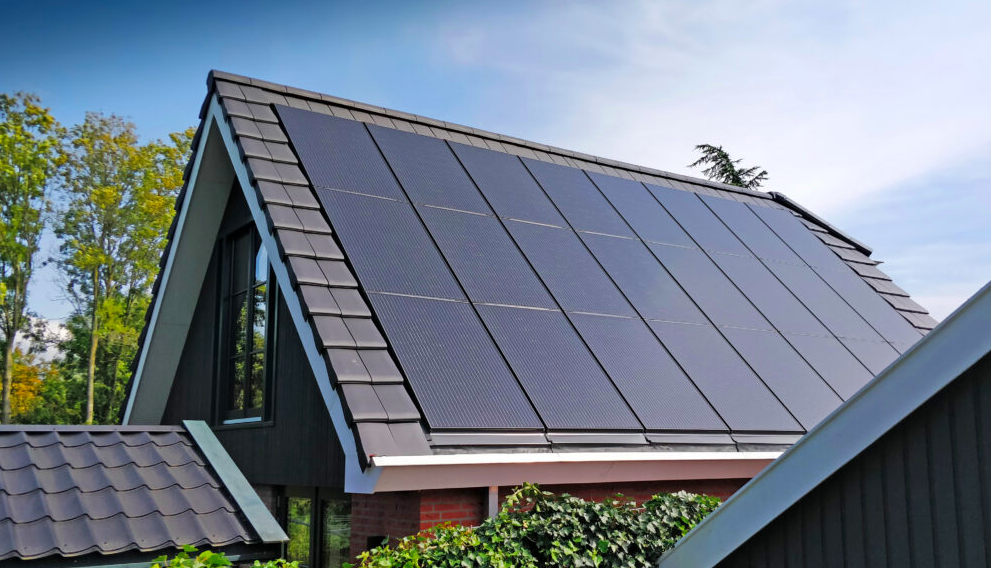 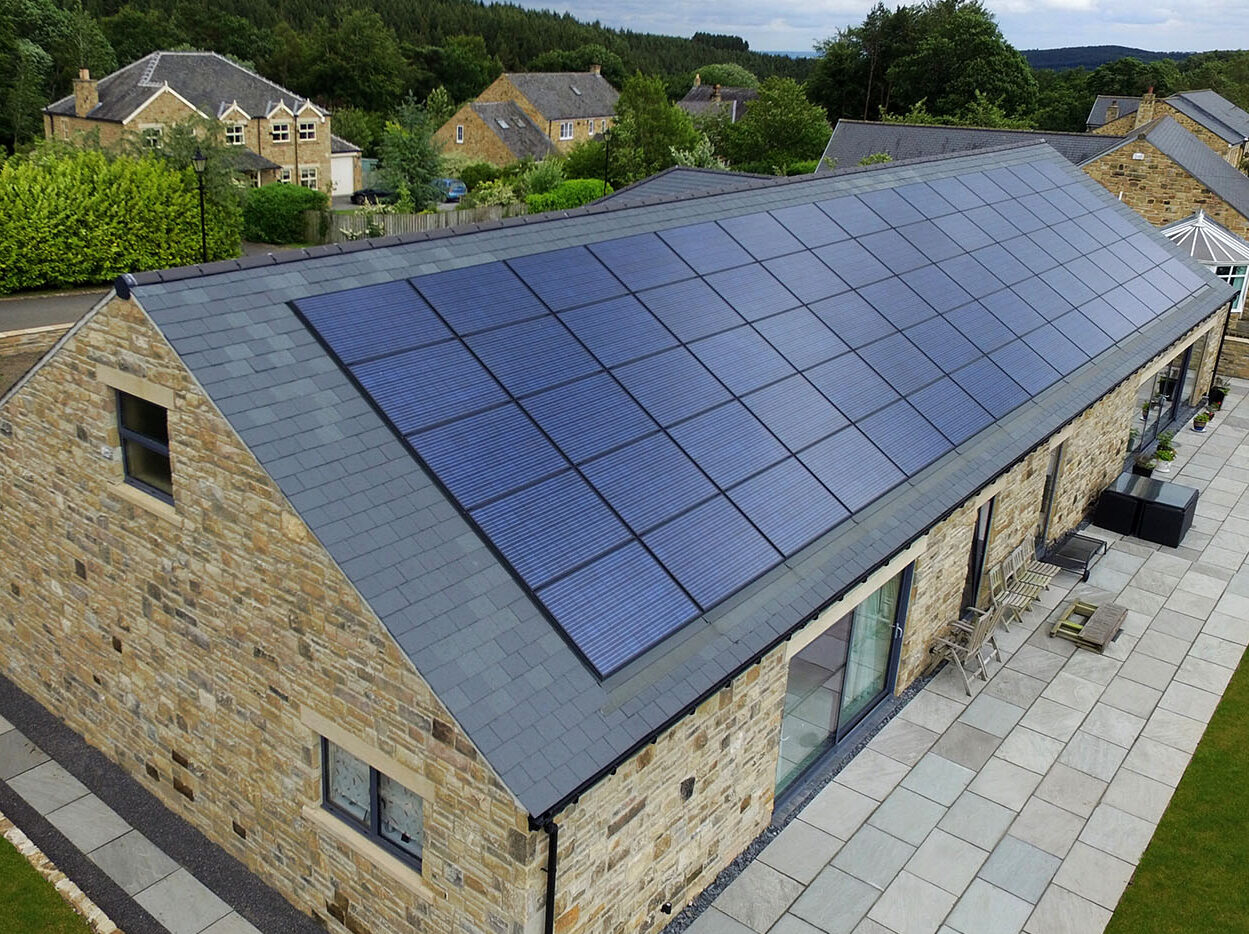 Get the designer look in solar 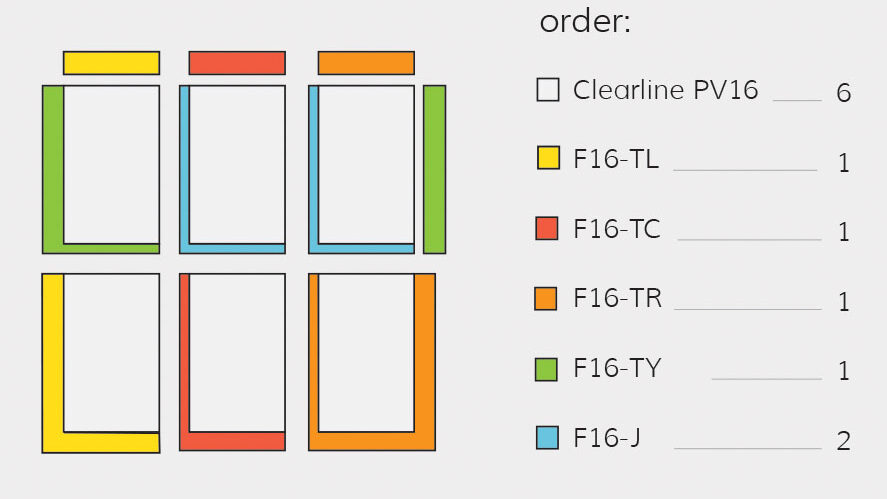 Clearline Fusion panels and roof flashing kits have been designed for simple, quick yet professional installation within hours.  The integrated roofing system includes prepacked flashing kits manufactured to tightly integrate to the panels and be installed easily with few tools.  The roof flashing kits are colour coded to fit the various panel location – left bottom, left top, centre, right top and right bottom along with corner sections – with each kit packaged with instructions, joist fasteners, batten fasteners and screws.  And our design configuration tool allows us to quickly design your system and deliver a materials list, system performance information and dimensions.  Clearline Fusion is more than a high-performance panel, it is well designed and proven system for installing an integrated solar roof easily. 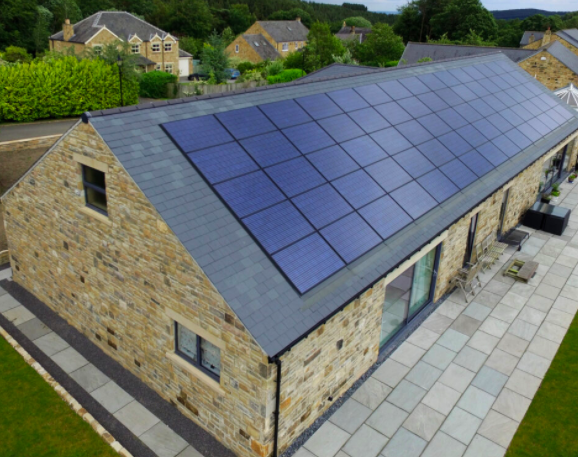 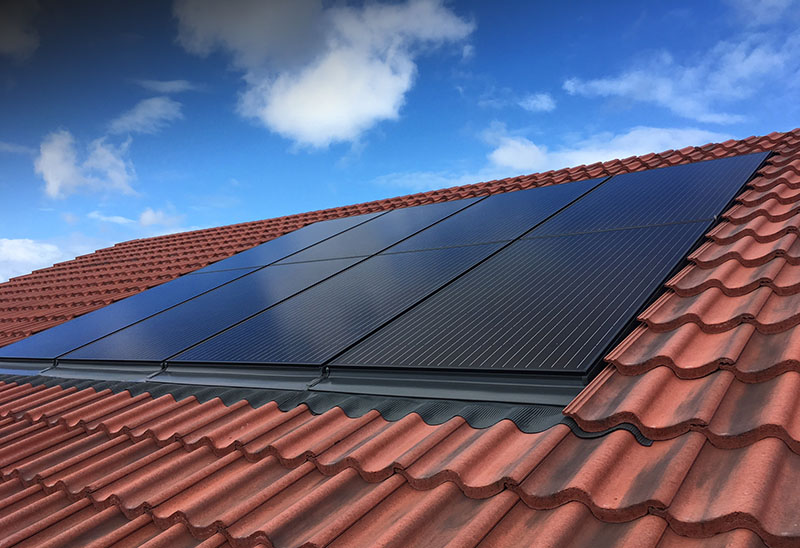 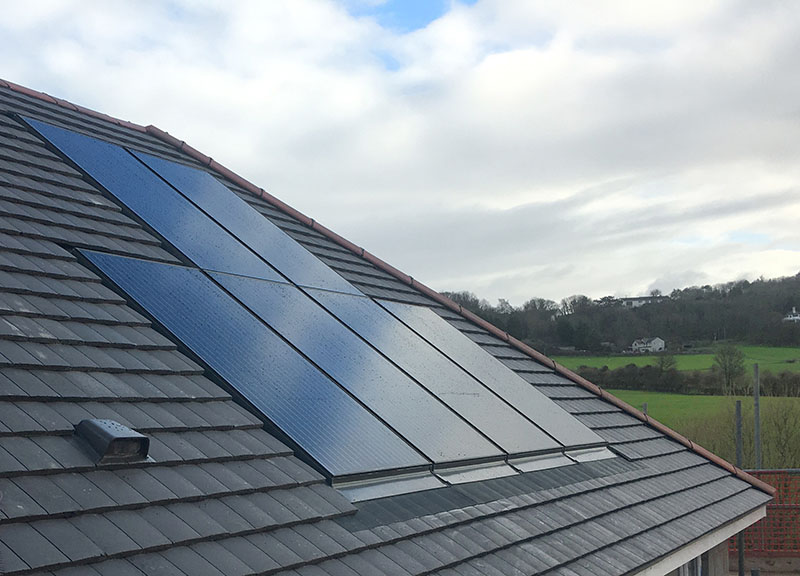 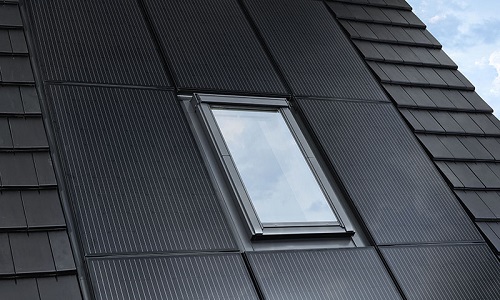 A rooftop worth looking at

Viridian Solar has collaborated with leading roof window supplier Keylite Skylight to develop compatible roofing kits that enable a roof window to be installed within an array of Clearline fusion solar panels.

Clearline Fusion panels are compatible with the Keylight Skylight/roof window solutions. The kits are suitable for a roof window in a central position, with eight solar panels arranged around it as shown.

Panels are available from your usual Clearline Fusion stockist, while the ODL flashing can be bought through our suppliers. 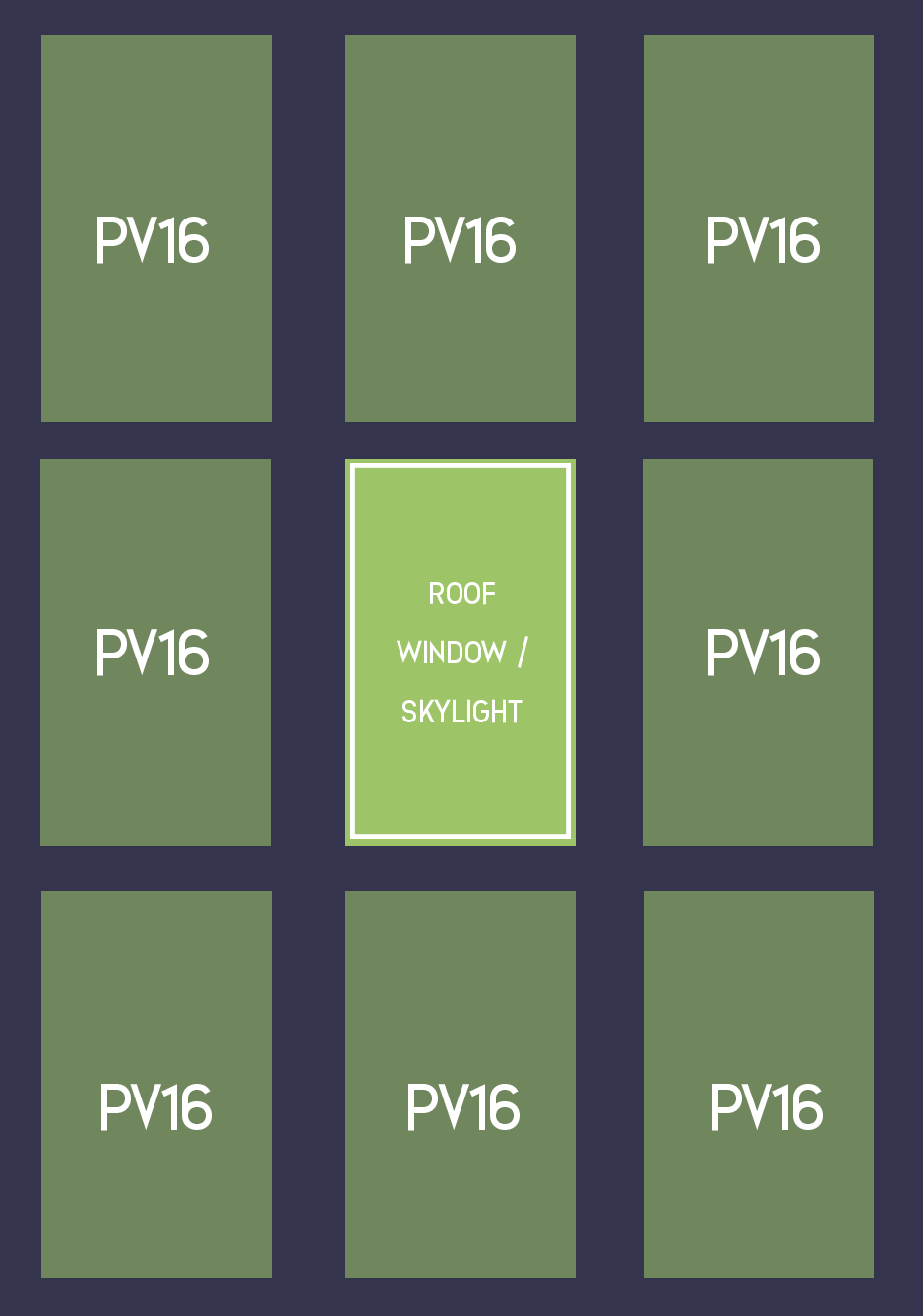 A rooftop worth looking at

Clearline Fusion is designed and built by Viridian Solar, a UK-based manufacturer of roof integrated solar panels. This range of photovoltaic (electric) solar panels fit in the roof and take building integration of solar to the next level.

In 2004, a team of innovative Viridian engineers and designers set themselves the challenge to design a new kind of solar system. They sought out partners from the building industry to help with the definition and specification of the product. They quickly realised that cost wasn’t the only thing holding back solar from mainstream acceptance. Aesthetics, durability and ease of installation are just as important.

The result of this collaboration with developers, construction companies, and other building professionals was launched in 2007 after extensive testing both as a building material and an energy generating product. At that time there were no standard tests for weathertightness, durability, and safety of roof-integrated solar, and Viridian’s work to develop the tests helped define the national standards that followed many years later.

Viridian launched Clearline Fusion in 2015, a building-integrated photovoltaic (BIPV) system that is cost competitive with above-roof installations. Clearline Fusion draws on Viridian’s extensive history and long track record in building integrated solar and has rapidly established itself as the UK’s market leading roof-integrated solar PV system. It is the choice of both volume housebuilders and individual property owners looking to reduce energy bills while maintaining the street appeal of their building. 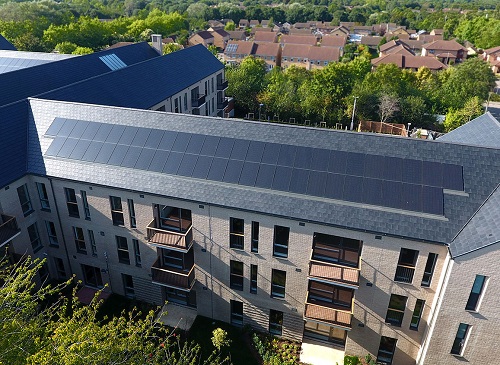 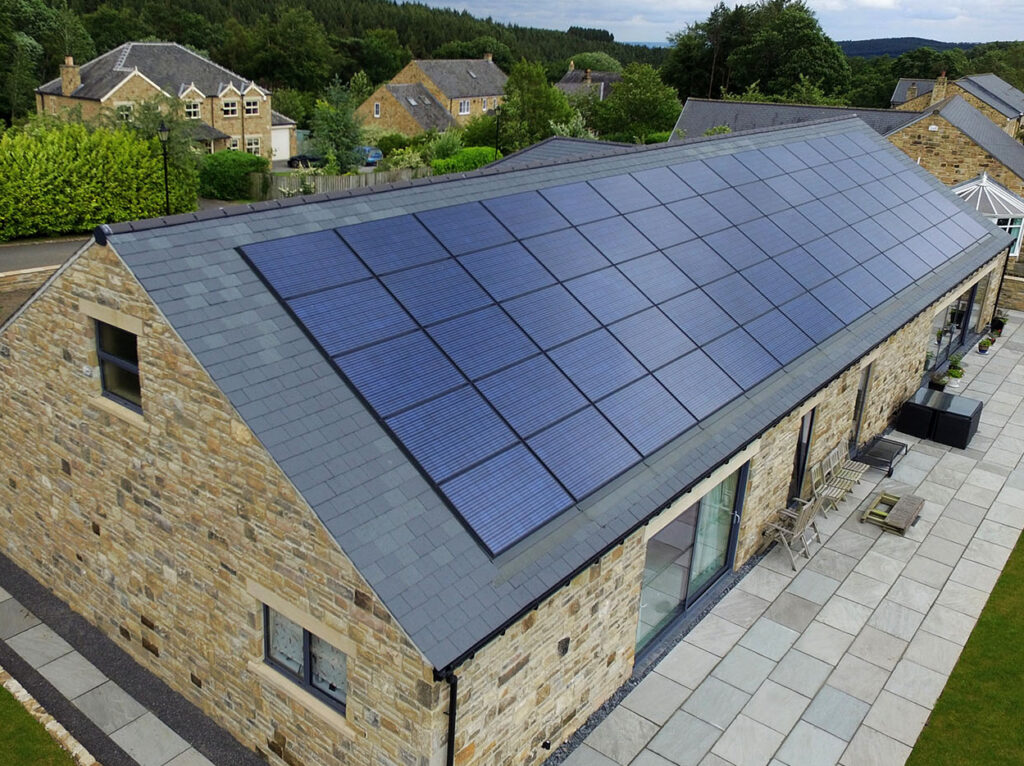 Solar beauty for your fabulous home